You know what is missing from the Bible? Apologies.

According to the google the only thing the fictional god of the bible ever apologized for: creating man.

Genesis 6:6, NLT: “So the LORD was sorry he had ever made them and put them on the earth. It broke his heart.”

Neither, if you listen to most bullshit preachers, god’s just pissy that he can’t control people… and briefly wishes he had never created them.

I’ve always pictured the imaginary Christian god, as a recovering drug addict in the longest rehab on record.

His drug of choice? Power.  “I made all creation, now bow down before me”, kinda crap…

Make a list of all persons we have harmed, and became willing to make amends to them all.

So let me help out a little. 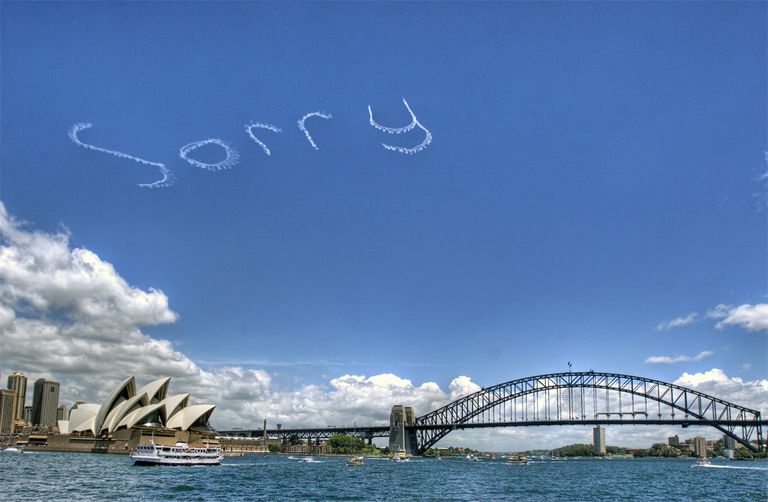 How about apologizing for the flesh-eating bacteria?  We are starting to understand how important microbes are — even in our own bowels and how much they control our thoughts and moods.  But com’on, did the lamb of god have to create a kind that eats our flesh right before our eyes?

The flu.  Do you have to mutate the viruses every year?  Did you have to make it mass murder across the planet every hundred years or so?

The mosquito.  Did you like little stings and then watch people die in droves from the malaria and fevers they carry?  Maybe you could kill all the mosquitos  (and attaching a little card with a nice note, couldn’t hurt.)

Working our way up a little

Childhood cancer — or any cancer for that matter.  Are you as the Master of the Universe just a sick, sadistic bastard?  Do you get some pleasure out of watching the families go through it too? Seriously, What the Fuck?  Maybe inspire a few more researchers to actual find the cure for all those crappy diseases.

Floods, tornados, tsunami’s  —  a little more heads up they are coming, or send them to unpopulated areas?  The Lord of Lords don’t have to destroy New Orleans, Houston or Puerto Rico just because he can.  There’s plenty of space in Antartica or North Dakota if you need to vent a little.

Plate techtonics.  Sure maybe a “live planet” sounded like a good idea from the start, but the earthquakes and volcanoes are a little over the top.  Hate to break it to you ohh hosts of hosts, but people do not want to see lava in their living rooms. A little wave and a “my bad” as you redirect the lava would be a good start.

I could spend all day making a better list, but as the original omniscent being, you get the point.

Saying I’m sorry isn’t going to fix all the bullshit we face every day, but it would be a good place to start.

Once you edit that bullshit bible with a few “sorry’s”, then maybe you can work on fixing some of these fucked up messes you have left behind — you know, Step 9 you have to actually try to “make amends.”