For thousands of years humans have been shitting all wrong.

At least that’s what “goat-fucking” Geno says. Geno got the nickname in some alleged drunken escapade which may have happened in or near a petting zoo in Austin, Texas — at the end of the 20th Century. He was on a trip with the other Pendejos.

I tell you that just so you consider the source. Carter Page is far more likely to have colluded with Russians, than Geno actually fucked a goat, but you never know.

Goat-fucking Geno may have been banned from the Dallas airport when the dam built during his last serious bout of constipation “broke.” He immediately texted photos of the result (think California mud slides) to all of his friends.

Everyone who saw that message is eligible for PTSD treatment through the Veterans Administration even though we never served. I’ll spare you the picture.

In my first or second conversation with Geno (ever), he said humans have fucked up the toilet for thousands of years. The ancient Egyptians and Romans had seats for shitting that looked much like modern commodes.

But much like the theory behind the paleo diet, which says humans must return to our hunter-gatherer past to eat right, goat-fucking Geno says we must go back in time to shit right too.

“Ever see a monkey crap at the zoo,” he may have told me.

I couldn’t say that I had — in the 1970’s at the Bronx zoo, I saw a bunch of monkeys fling crap. That was fucking funny, because they got shit on one of my sisters and not on me. But I had no idea how the shit got in the monkeys’ hands.

“They squat,” Geno said. “You gotta get your butt down by your heals to get the colon to line up straight. When you sit, your colon is bent.”

Sounds like bullshit to me, but goat fucker sent me a link to a company making a business out of this crap. 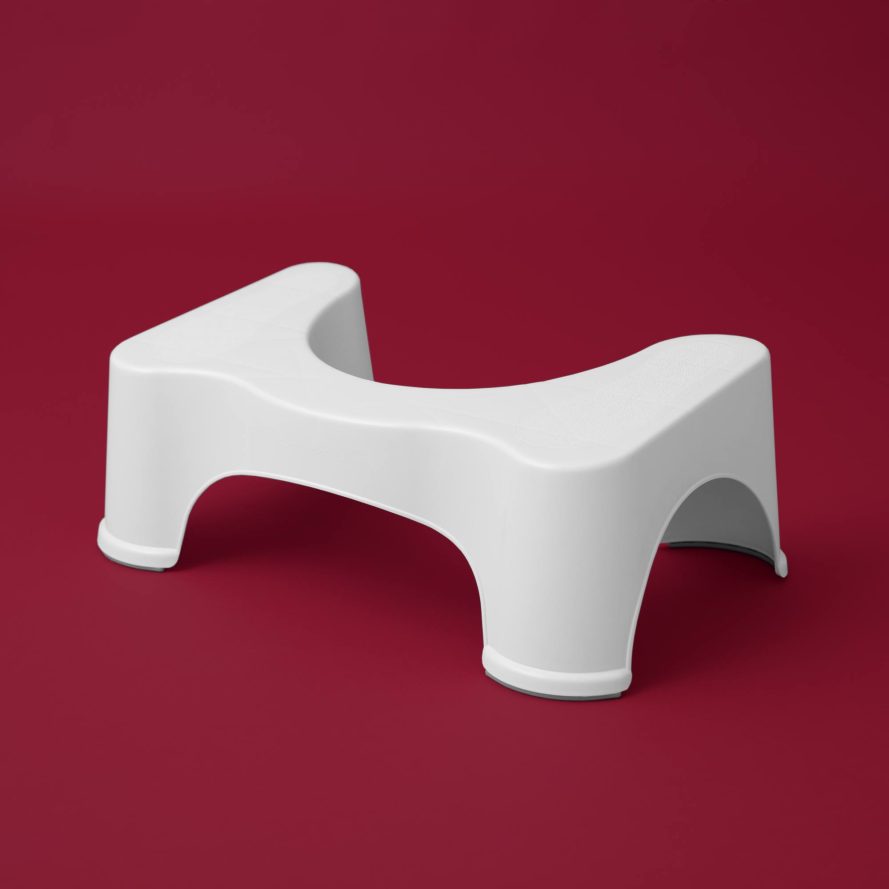 Geno owns several. The happiest I have ever seen him was when Squatty Potty came out with a portable version.

“I can even take this shit on an airplane,” he said.

I’m gonna do you a solid (yes, yes that was a fucked-up pun): If you see goat-fucking Geno on an airplane, get a seat far, far away from the bathroom.

Check that: Get off that fucking plane, rent a car… or take a boat… or just say “fuck it” and stay home. You would probably survive the flight, but the memories of Geno and his portable Squatty Potty would haunt you forever.

Or worse, you would join this squatty potty cult and start sharing all of your bowel movements with your friends.

Warning: side effects of joining the Squatty Potty squad, may lead to uncontrollable urges to tell people you may have fucked a goat.

From Mike Brennan, a new squatty potty cult member — an update and an image you won’t forget.

“This is one of the websites when I was looking for the poop stool. Check out the last picture in the advertisement. Scroll down to bottom…hilarious