The competitive drunks who conned me into a Texas trip last year, invited me for a weekend in the mountains. I was the first one to say “yes.” My bowels have been giving me shit ever since.

They called it Meatapalooza. It was 4 days that have all blended together. They rolled out the whiskey, beer, tequila and other random concoctions first. Then Shubhayu, our fearless host with the most (homeowners insurance possible) fired up the “smoker.” Like an Arby’s on steroids, they carved up “the meats.”

Unlike the shit from Arby’s, it was smokey meat heaven. It all just melted in your mouth, blended with the whiskey or wine and slid into your belly like a baby snake going down for a nap. Chewing optional. 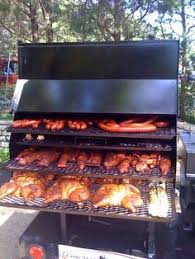 Chicken, ribs, steak, pork tenderloin passed around on these big-ass plates. I brought some meat, but we never got to it. Apparently, I should have learned how to cook first.

These drunks call themselves the “Pendejos“, which I assume means “delicate flower.” At least that’s what Angry Ed kept calling Joe (“the quarter-cookie eating pussy“).

Joe caught a late ride and was the last to arrive. You know what else he caught, Pink Eye.

“It’s conjunctivitis,” Joe said — like that makes Pink Eye any fucking better — “In both eyes.”

The story we heard is that some kid took a dump in the pool at the 3rd world racquet club right before Joe starting swimming laps. The doctor told him to throw away the googles.

But great fucking idea — when you are contagious find a confined space with 8 other people. Let’s see how many Pendejos can get Pink Eye. Maybe I got that wrong, and pendejo means pink eye? Close enough.

The Pendejos love their games like a fat kid loves cake — tennis, ping-pong, corn-hole, pool… and at every single game they partner up and turn it into a fucking tournament.

There’s no prize money, but they cheat like hell. At least Shad owned up to sliding the bean bag off the corn hole ramp, so I could claim my ONE and only victory for the weekend. Otherwise I was the weakest link.

Reminds me, I forgot to mention the smoked sausage…

Speaking of dicks, Angry Ed was on a roll for the entire weekend screaming about one thing or another — who the fuck can remember what sets him off. He claims he is from Venezuela and his “legal” name is “Ed Vegas.”

That’s a fucking witness protection name if I ever heard it – like Bill Miami or Timmy Tucson. The anger is clearly some sort of untreated PTSD, and he is missing the tip of a finger — like he was kidnapped by a drug gang. I’ve got nothing but guesses, so I’m guessing he’s a fucking Colombian — who turned traitor for the CIA, and they put him in Arizona like Sammy the Bull.

By the way, how many new Pendejos can get Pink Eye in a weekend?

But when I got home, I plugged up 2 toilets in one morning with solid dams of shitty meat.

If they ask me again will I go?

Meatapalooza Please! You know I would go.

I just found out this week, that I can’t go in 2019 either.  The Bear is taking me on a cruise in Alaska, and I won’t be back in time to fight over BBQ and corn hole…